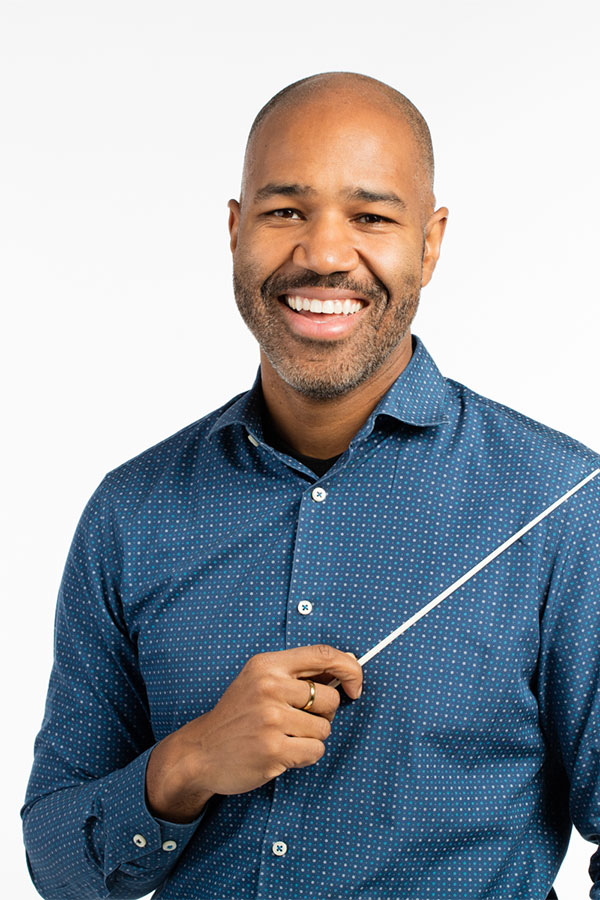 This week, we delve into recent coverage of diversity in the arts, along with some noteworthy readings and resources.

In July 2020, The New York Times published an Arts feature, “How to Change Classical Music”:

Orchestras Canada has a number of initiatives under the banner of IDEA (Inclusion, Diversity, Equity, and Accessibility):

The Institute for Composer Diversity provides a variety of resources, analysis, and advocacy for diverse programming. Their database is currently being reworked, with plans to relaunch in the next few weeks.

“Our stages are not reflective of our population - but this moment is an opportunity to elicit change,” writes dancer/choreographer Kevin A. Ormsby in an essay for CBC Arts, “Pause. Reflect. Rebuild. How the dance world can rise from the ashes of 2020”.

Both Ormsby’s article and a 2018 essay in canadianart, “The Great Canadian Amnesia” by Zainub Verjee, examine the legacy of the 1951 Massey Commission Report, which set federal arts and culture policy and granting models still operating today, including the idea of “Canadian content”. 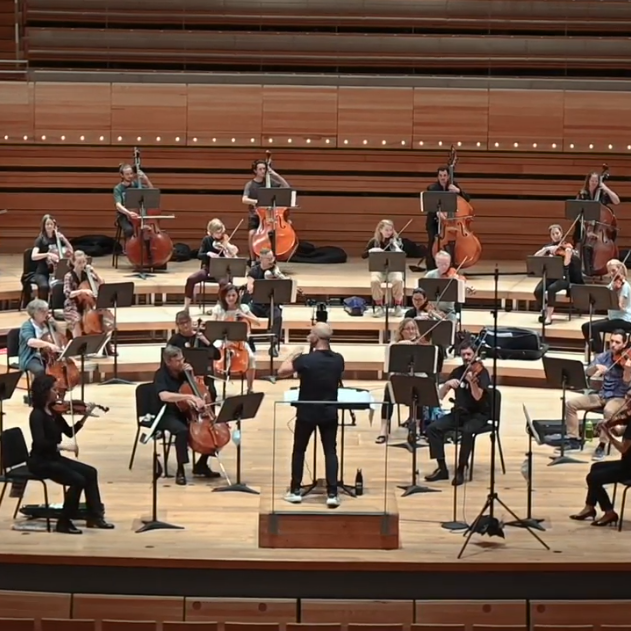 This week, a quick tour of Canadian orchestras’ current and upcoming performances, live and digital. Many orchestras charge a small fee for digital concerts (often $15-$25); others are free, but donations are always encouraged.

The Calgary Philharmonic has replaced its 20/21 season with a series of virtual concerts; the most recent is a performance of Stravinsky's Soldier's Tale.

The Edmonton Symphony launched its 20/21 season with a concert at the Winspear on October 5th, with limited forces and audience Global News reported. ESO musicians have also performed over 180 community concerts since the shutdown.

The Vancouver Symphony has launched a paywalled online series at TheConcertHall.ca; current offerings include their opening night Beethoven 7.

The Regina Symphony has re-invented its 20/21 season of live concerts with limited forces; on Nov. 19-21, they feature works by Haydn, Lau, and Shostakovich.

The Saskatoon Symphony is offering a weekly digital series for $15 a ticket -- though they postponed this weekend’s performance due to a major snowstorm.

The Winnipeg Symphony’s paywalled livestream series continues on November 27 with An Evening in Vienna, works by Schubert, Brahms, and Korngold.

The next Kitchener-Waterloo Symphony broadcast, premiering Friday, Nov. 20, features symphonies by Haydn and Mendelssohn, conducted by music director Andrei Feher: The Master and the Prodigy.

The London Symphonia’s 20/21 series of limited audience concerts are offered for live stream at a small fee. On Saturday, Nov. 21, they perform with Sarah Slean at London’s Metropolitan United Church.

The Windsor Symphony is packaging its digital concert series of 12 varied performances for $100.

The Toronto Symphony has also been presenting a paywalled On Demand series, though it is currently paused due to Covid-19 restrictions.

The Canadian Opera Company saw average attendance rise in the 2019-20 season, even as it faced cancellations and a significant operating deficit due to Covid-19. Ludwig Van reports on COC's recent AGM.

The Art Gallery of Ontario (AGO) presents a series of Friday afternoon performances featuring artists from the Toronto Symphony, Canadian Opera Company, National Ballet of Canada, and others.

The Montreal Symphony is offering a distinctive series of online concerts, each available for a fee of $20. Their latest features pianist Angela Hewitt and the Ravel Piano Concerto in G.

This Friday, the Quebec Symphony offers a free concert in memory of the tragic events of October 31, featuring works by Barber, Beethoven, Stölzel, Schumann, Faure, Mahler, and Strauss.

Compiled by Matt Heller, with assistance and oversight by the OCSM Editorial Committee. We also welcome your comments, news tips, and ideas for newsletter content as we prepare to relaunch Una Voce (digitally, of course). Best wishes and stay safe.

Join the OCSM Conference for these live webcast sessions. All times are EST. The broadcast will be via Facebook Live here: https://www.facebook.com/ocsm.omosc/

This week: Symphonic news from Ottawa, Baltimore, and Saskatoon...
The National Arts Centre is celebrating its 50th anniversary this Sunday, June 2nd; the Ottawa Citizen spoke with executive director and longtime NACO manager Christopher Deacon about the state of the NAC, its current initiatives and his vision for its future.
Separately in the Citizen, Lynn Saxberg reviewed the glowing reception of NACO's recent European tour with soloist James Ehnes. And a Globe and Mail listicle (paywalled) runs down 25 things you may not know about the NAC.
The management of the Baltimore Symphony abruptly cancelled the orchestra's summer season, citing "long term systemic issues" and a need to change the business model. BSO musicians' last contract expired in September 2018, and management has demanded a cut from a 52- to a 40-week season, the Washington Post reports.
The Saskatoon Symphony ran a successful fundraising campaign and achieved a surplus for 2018-19, its first in recent memory, the Star Phoenix reports. Music director Eric Paetkau and executive director Mark Turner also spoke to the Star Phoenix about the SSO's 19/20 season.
Compiled by Matt Heller. Notice a correction, or a notable orchestra news story I missed? Please email This email address is being protected from spambots. You need JavaScript enabled to view it..
Visit OCSM online at ocsm-omosc.org, on Facebook, or tweet us @ocsm-omosc.

Concert hall worries in Winnipeg; Symphony Nova Scotia music director finalists; a late swap in Montreal; hearing aid research in Hamilton; the Pittsburgh Symphony's recovery plan, and more. Photo: WSO performing at Centennial Concert Hall, Nov. 2014, photo by blogger Jennifer Lynn Grace
Canadian orchestra news
Symphony Nova Scotia has narrowed its music director search to two finalists: Quebec-based Jean-Michel Malouf and New Zealand-born Holly Mathieson. Both will conduct the SNS in the fall, the Chronicle Herald reports.
CBC News reported on a last-minute programme change Wednesday at the Montreal Symphony, via OSM bassist Scott Feltham: after concerto soloist Daniil Trifonov's last-minute cancellation due to illness, conductor Karina Canellakis conducted Tchaikovsky's 4th Symphony without rehearsal. Trifonov recovered and performed on Thursday and Friday.
Winnipeg's Centennial Concert Hall shell is in dire need of repair, according to Winnipeg Symphony executive director Trudy Schroeder's recent comments, reported by Global News. The orchestra is calling on the province, the concert hall's landlord, to fund improvements.
Both Trudy Schroeder and Brandon native James Ehnes were among the recipients of the Order of Manitoba this year, the Winnipeg Sun reports.
Innovators
In partnership with the Hamilton Philharmonic, McMaster University's LiveLab is working to develop better hearing aids and PA systems with a study of audience members' listening experience, the Spectator reports.
While on tour in London, the National Arts Centre Orchestra connected youth orchestras in both countries in an event showcasing top talents as well as technology, the Ottawa Citizen reports.
And the NY Times profiled the Pittsburgh Symphony and its music director, Manfred Honeck. Following a 55-day strike in 2015, the orchestra has made a series of well-received recordings of standard repertoire. Several musician-led initiatives have sought to reconnect to the community.
Compiled by OCSM 1st VP Matt Heller. Notice a correction, or a notable orchestra news story I missed? Please email This email address is being protected from spambots. You need JavaScript enabled to view it..
Visit OCSM online at ocsm-omosc.org, on Facebook, or tweet us @ocsm-omosc.

Chicago Symphony ends strike
The Chicago Symphony reached a five-year agreement last weekend, ending a strike which began March 10th. The deal followed meetings at City Hall with Mayor Rahm Emanuel, the Sun-Times reported. This was the first time in Mayor Emanuel's eight-year term that he attempted to broker a compromise in a labour dispute.
At issue in the seven-week strike was the CSO's pension, which will shift from a defined-benefit to defined-contribution plan, the NY Times reports. Wages will also increase in each of the five years: 2, 2, 2.5, 3.25, and 3.5% in the final year, which will bring base salaries to USD 181,272.
The NY Times reports:

The strike was also notable for the unusual involvement of the orchestra’s revered music director, Riccardo Muti, since conductors usually avoid seeming to take sides in labor disputes. But before the strike began, Mr. Muti wrote to the orchestra’s board and management, saying, “I am with the musicians,” and he later appeared with the players on the picket line.

Canadian orchestra news
A significant rent increase at Victoria's Royal Theatre, which would impact the Victoria Symphony and other arts groups, was postponed and will now take two years to go into effect, CBC News reported. Arts groups are advocating for more public consultation on funding and the impact of rent hikes.
The National Arts Centre Orchestra's May European tour, titled Crossings, will highlight contemporary Canadian composers, the Ottawa Citizen reports. With stops in London, Paris, Stockholm, Gothenburg, Copenhagen, Utrecht, and Saffron Walden, NACO will perform works by Ana Sokolovic and Jocelyn Morlock, along with more traditional fare by Ravel, Brahms, Mendelssohn, and Dvorak.
The Calgary Philharmonic will close its Under the Influence Festival this weekend with music by John Corigliano and Stravinsky's Rite of Spring, broadcast as a live-stream on Saturday evening, 7:30 MT. The YYScene blog previewed the festival. Last Thursday's concert featured a concerto performance by CPO principal percussionist Josh Jones, who recently recovered from cancer; Jones was interviewed by the Calgary Herald.
The Toronto Symphony recently offered its first 'relaxed performance', a concert specifically designed for neurodiverse audiences and those on the autism spectrum. TSO cellist Winona Zelenka wrote an opinion piece for Toronto.com explaining and applauding the initiative.
Similar events have already been programmed by other orchestras and arts presenters, including Symphony Nova Scotia, as the Chronicle Herald reports.
The Edmonton Symphony will feature drag performer and violinist Thorgy Thor on an upcoming concert, one of several drag performances at the Winspear Centre this season. CBC News reported on the growing acceptance of drag within mainstream culture.
The Saskatoon Symphony recently premiered a violin concerto written in 1938 by Heinz Moehn, best known as a music editor for Barenreiter, the StarPhoenix reported. Moehn's grandson, Johannes Dyring, moved to Saskatoon in 2015 and advocated for the work; it was performed by violinist Timothy Chooi.
The McGill Chamber Orchestra has assumed a new name, Orchestre classique de Montréal. The Montreal Gazette reports on the history behind the names.
Compiled by Matt Heller. Notice a correction, or a notable orchestra news story I missed? Please email This email address is being protected from spambots. You need JavaScript enabled to view it..
Visit OCSM online at ocsm-omosc.org, on Facebook, or tweet us @ocsm-omosc.

The latest from the Lyric Opera of Chicago strike, plus composers, creators, and pathbreaking musicians in the news.

News from the Canadian orchestral scene and beyond, compiled by OCSM 1st VP Matt Heller. This week, more conductor news than you can wave a baton at, including the long-awaited appointment of the Toronto Symphony's next music director, Gustavo Gimeno (pictured here).