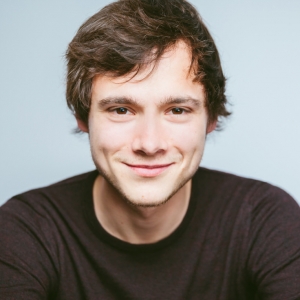 Conductor and others in the news

Gustavo Dudamel will be the next music director of the Paris Opera, beginning a 6-year term in August, the New York Times reports. NY Times critic Anthony Tommasini also considered precedents for major symphonic conductors making the leap to opera.

Canadian Opera Company general director Alexander Neef also joined the Paris Opera as director in 2019. The NY Times checked in with Neef last November to see how it was going.

Conductor Nicolas Ellis was awarded the Mécénat Musica Prix Goyer, Canada’s largest prize for an emerging artist in classical music, the Globe and Mail reports. Ellis is the founder and artistic director of Orchestre de l’Agora and artistic partner of Orchestre Métropolitain.

CBC News reviewed how digitization has accelerated across cultural industries, including music, art, theatre, and museums. At the same time, smaller institutions are suffering and struggling to keep up with their larger counterparts.

How are German musicians faring in the pandemic? Not as well as you might imagine, according to an essay by Polina Lyapustina, posted on Medium and OperaWire. Freelance musicians in particular have been left without a safety net, and depression, panic, and suicide have risen alarmingly.

Calgary’s City Council last month approved a $200 million downtown revitalization, known as the Greater Downtown Plan, including $80 million for Calgary Arts Commons. The Globe and Mail’s Marsha Lederman spoke to Arts Commons President and CEO Alex Sarian about how the funds will transform the performing arts in Calgary.

The Winnipeg Symphony’s planning for 2021-22 is still a work in progress, but live streams are here to stay, the Free Press reports. A Netherlands tour originally scheduled for 2020 is now planned for May 2022.

OperaWire reports that the Canadian Opera Company is offering a podcast, Key Change.

Metropolitan Opera Orchestra musicians will lead a rally at Lincoln Center Plaza this Thursday afternoon, OperaWire reports. The rally is titled “We are the Met!”